We cannot display this gallery

Haru Toratani was born in Fukuoka Pref.
Her works; very sensitive and almost too delicate strongly capture our mind.
They appear to be the common subjects and composition of Anime and illustrations we see on the Internet, though when you look at them closer, you realize they are composed of smooth lines and countless dots, and every work contains “pain” in common.

Toratani explains her motivation; “it’s the thing I missed in my childhood. I do not know where it is, but I have been feeling that I want to go back somewhere all my life.”
I assume that it derives from the background she is an only child and grew up fatherless, and graduated from unified private “girls’” school. She has apparently lacked the paternity and masculinity in her life. I also barely spent my life with my father who lived away for his work and died young; still know what it is like to have that “paternal” backing support.

I imagine her “support-missing” life suppressed her emotions like strain, and anxiety.
Those negative feelings and her emotional pains, does she sublimate into works.

She also explains; “ I sublimate such emotions as I cannot cry, or I cannot get angry by drawing pictures, repetitively I savor these emotions. I draw pictures not to lose them.”
Toratani is presently married and has gained masculinity and paternity, and yet she does not clear away all those feelings and sensation from the past, which gave a great impact on her life, rather, she faces up to them in a proactive manner.

I expect as her past emotions to be freed, her works would be more sublimated, and it will bring more empathy for her works.

Woman and negative feeling.
These are my underlying motivation that drives me to draw.
I love them to be expressed in black and white.
Black and white. The rest colors I associate with various emotions. (E.g. Red is for Anger.) The colors of emotions got tangled and consequently weaved into black and white expression.

I recall my drive arose from the small, closed world of six years of all girls’ school days. The girls I spent time with had their beauty, liveliness, fragility, and there were malice blended among them.
Still vividly and strikingly, they are etched deep down inside of me.

The negative feelings. Generally, these feelings are regarded as undesirable emotions.
People merely branded them as unfavorable ones, though I would rather say all emotions should not be labeled; Pains and Sorrows along with the Joy and Enjoyment exist as human energy themselves and are not separable, if anything, to be needed, as we are human beings.

If you get away from those negative feelings, they will come after you as monstrous creature. If you pretend there is nothing of that sort, they will expand enormously.
The more you take your eyes away from them, the more you are forced to see and realize that they certainly exist, and you will break down your balance.
Presumably, as pendulum keeps swinging to the left and right, aren’t both ends of negativity and positivity to be needed so as to keep practicing the movement called “living”?
If it is so, I would say it is far more natural and healthy to receive and accept those feelings as the parts of the elements that consist us, and assure that they are there, instead of abhorring them.
To do so, I soak myself into the swamp of these feelings, savor them, and then I draw pictures.
I would love my works to intrigue the negative feelings that you have to start feeling that it is not abominable, but precious ones. 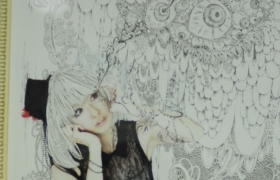 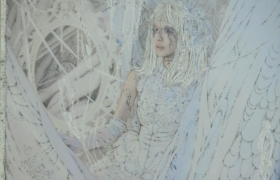 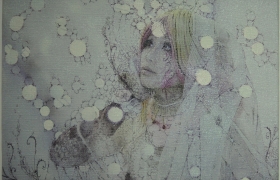 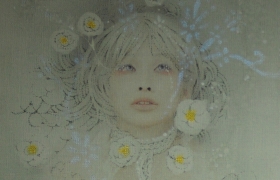 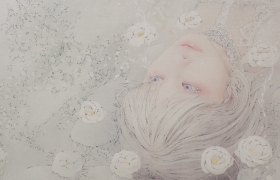 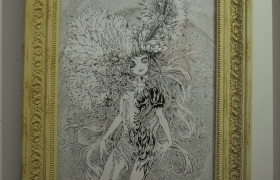 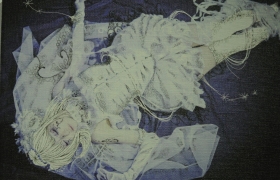 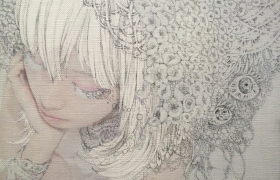 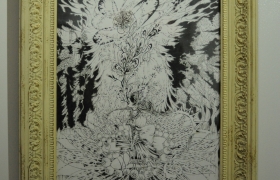 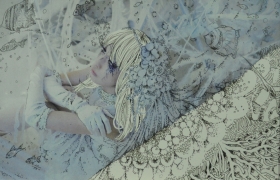 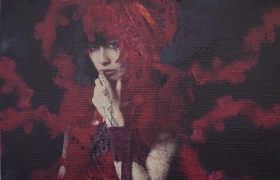 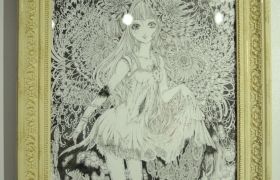 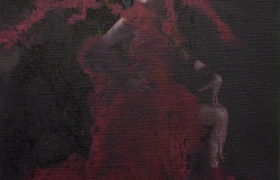